Many of the window frames and kitchen cabinets date to the original construction. While my brother, the rabbi and current owner of Camp Schechter fights a never-ending battle to seal the cabins from the elements, particularly the ravages of winter in Maine and the occasional critter seeking shelter, my annual contribution is chopping the brush that grows a few feet taller every year.

I like to kayak in the early morning, before fishermen or pleasure boaters roil the water with their motors, and again before sunset, when the water calms. In recent years, my brother, who has mechanical skills I lack, has installed a larger water heater and swapped out a rusting metal shower with a fiberglass shell.

It beats taking a bar of soap into the lake, as our father did. The cast-iron, wood-fired, pot-belly stove has been replaced with an electric range.

Modern windows have been added on the back side of the cabin where, at sunset, we watch as shades of blue, green, orange, red, pink, and yellow fade to darkness. What truly make this place special are the memories created over four generations, beginning more than 80 years ago with my paternal grandmother and great-aunt. Our father treasured his vacations in the woods and the summer weeks he spent there after retiring.

Only we had no skis. I did not know then what skis were.

Nobody in our region used them in those days; when the snow was too deep to walk unaided we took to the utilitarian bear-foot snowshoe to get in and out of the woods. In the United States skis are mostly a twentieth-century import.


Snowshoes have mostly gone into the New England Attics. When first I saw the Pond, as a child of five or six years, perhaps the year or , before my parents moved out from Worcester to the farm to take care of my ailing grandfather, there were two little plain-board shacks in the midst of the grove, one room each for sleeping and nothing more: neither cabin big enough to serve even a Thoreau. Down by the shore was a cookhouse, with a screened-in porch, furnished with vertical, board-back benches each side of a long dining table.

If one were out in the middle of the Pond one could not see any habitation at all-unless it were a bit of the cookhouse in the grove, and the distant Arnold farmstead long since burned down on top of the eastern hill. But there was one other little building, a log cabin hidden back in another wood half a mile away on the western shore. They seem to have been the first to discover the idyllic vacation possibilities of Alum Pond. Years later I learned that one of them was Leroy Allston Ames, who became a professor at Clark University, in whose class in American literature I first came to know Thoreau.

In after years we talked about Alum Pond. Professor Ames is still living, nearly a hundred years old, in the town of Spencer, as I write these lines. He too remembers Alum as a Walden. It was near the turn of the century that Grandpa Sam built his first real cottage at the Pond-the Dam Cottage, he called it, because it was close to the dam and gatehouse through which the Pond emptied.

There was a little beach at this spot.


Grandpa let the Baptists use it for their fresh water immersions. He himself was an Adventist, but Grandma was a Baptist. To the cabins in the grove and the Dam Cottage, Grandpa Sam later added the Middle Cottage and the East Cottage, a hundred yards or more apart, for the purpose of renting them out to summer campers who were beginning to venture into the hinterland by horse and buggy from Southbridge, or even from Worcester and Springfield by the railroad to Brookfield.

About the same time a neighboring farmer who owned an equal or perhaps larger tract north of us, on the west side of the Pond, began to build cottages and rent them out. This was the beginning of a sequence of summer dwellings that now ring the pond almost side to side on plots little bigger than city house lots. As soon as this phenomenon set in, the cottagers resurrected the old Indian name from early colonial maps and called it Lake Pookookapog. What the origin of this name is I do not know.

Maybe Alum? The Pond would have maintained a fairly constant level in dry times as well as in wet seasons, thanks to its everlasting deep and undiscovered springs, but the takings of water to keep the village mills in steady power would sometimes lower the level abruptly. It was a shame to see Alum shrink even a rod from high-water mark. In winter the lowering and rising of the water would strain the frozen surface so as to create great cracks that would shoot quickly here and there, sometimes all across the Pond, the heavy ice rumbling loudly with the torture.

One could hear these great groans reverberating like thunder half a mile away at the farmhouse. We boys knew what the noise was all right but sometimes at night it combined with the frosty creaking of the house itself to make us pull the bedclothes over our heads. Thoreau mentions the booming of winter ice, but his Walden did not groan as loud and mournfully as our suffering Alum; there were no mills in Concord to draw the water off so dreadfully. He explains the booming of Walden ice in terms of changing atmospheric conditions, which doubtless affected Alum Pond too. I never saw any small earthly fissures by our Pond such as the hermit philosopher observed near his cabin during these winter travails.

We used to do a bit of fishing through the ice. Good bait was rather hard to get at the farm in the middle of winter. One winter during our life there some city fishermen rented one of our cottages for a few days and set out their lines. They had a great quantity of lively shiners, which they kept in a gunnysack hung with its contents in the water below the ice.

Rather careless with an ax, he severed the rope. That unsteady stroke ended the fishing for this group. They told their sad story to us as they went home. Next day my father went up to the cottage, chopped the hole open, took a long pole and hooked up the sack. The shiners were perfectly lively. We had good live bait all winter. In later time, after I went to college, I used to go back to Alum Pond fishing in the winter. I remember one such occasion, with college chums.

In the bitter cold the holes froze over faster than we could stir the water to keep them open.

But we were catching fairly well. A party of men had set up tackle down the Pond not too far from ours, near a cottage which they had rented. They were spending most of their time merrily inside, but every once in a while they would delegate someone who had lost a round of cards and who was still sober enough not to fall down and freeze to death, to go out and inspect the lines. He was expected to bring in a fish or pay a fine. But the holes were frozen up so much that it was hopeless. These delegates would make their way over to us boys and buy one of our pickerel.

We were in real business before the day was over. 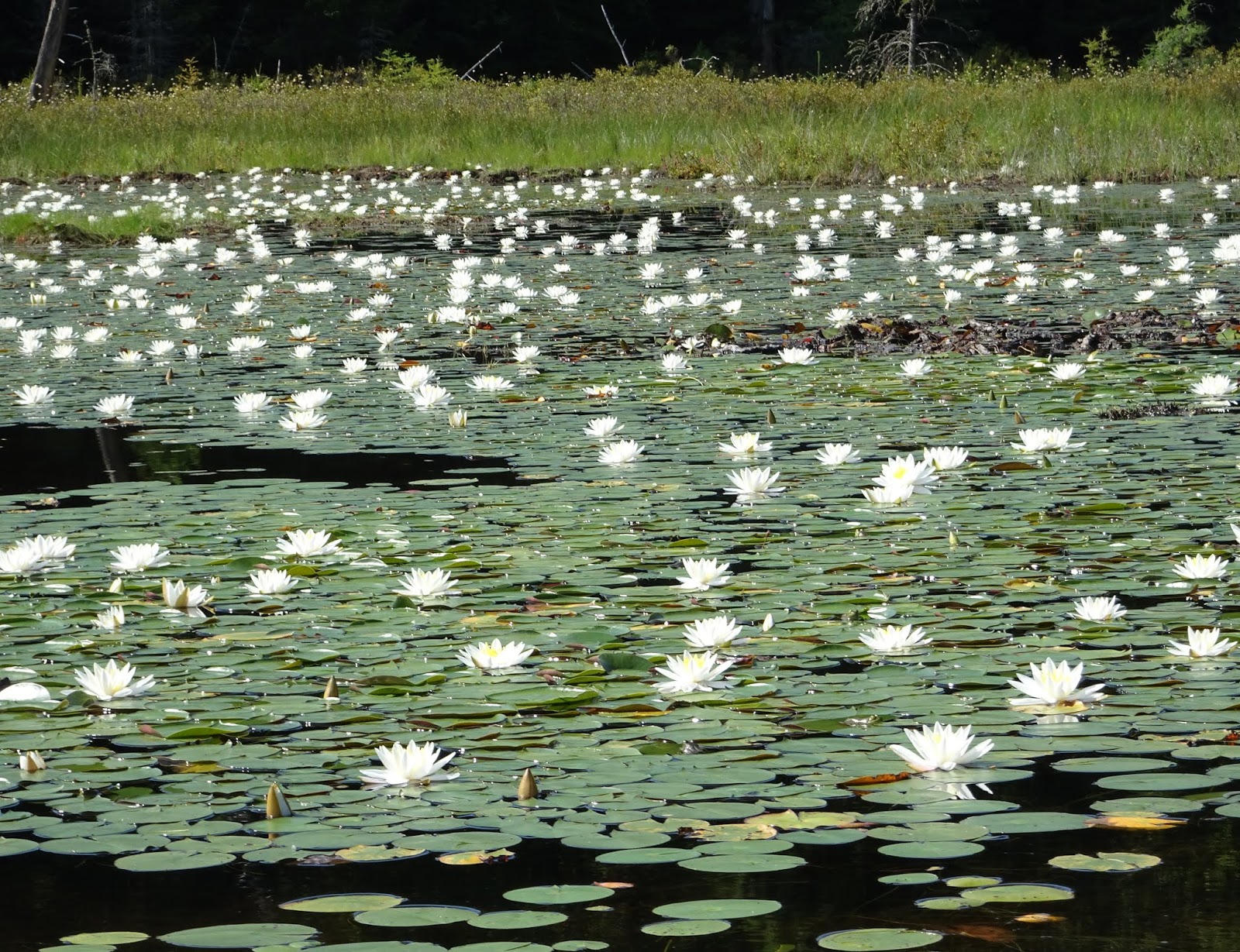 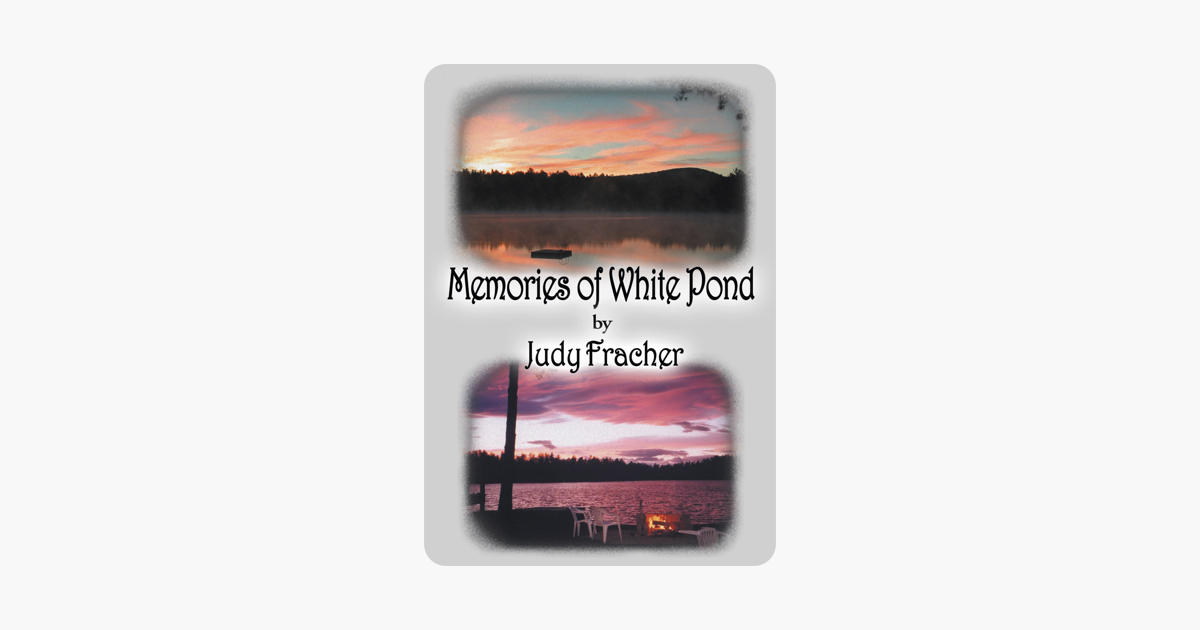 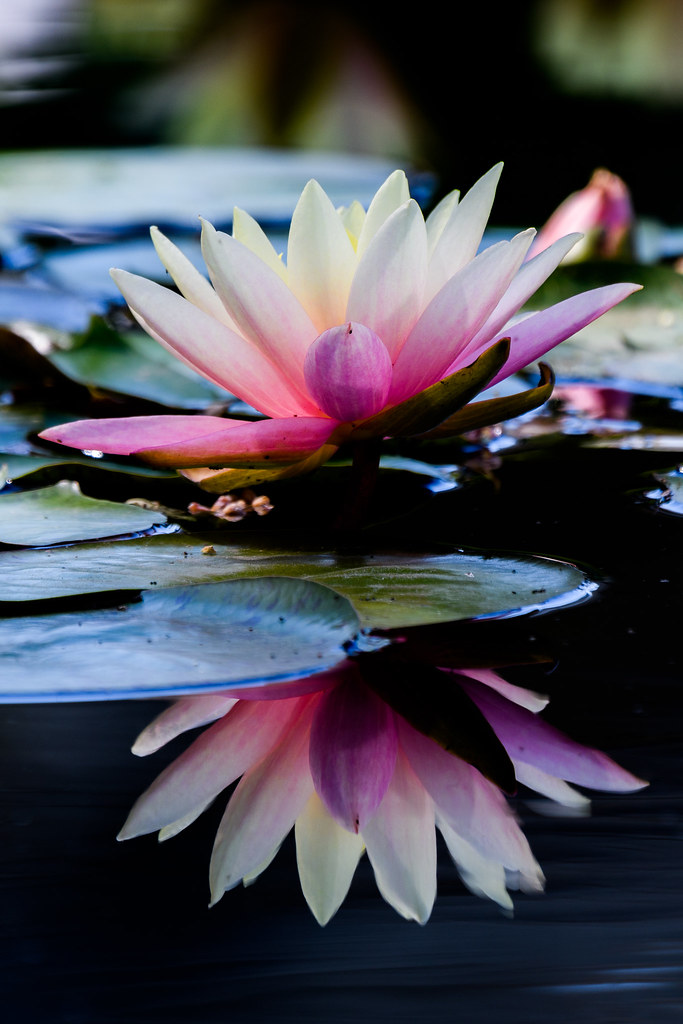